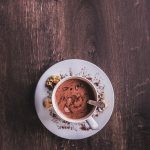 Although many of you are well into the springtime warmth, here in Colorado we are still in the throes of our crazy weather mix of spring rain, snow and the occasional 60 degree days.  So, it seemed timely to whip up one more batch of Hot Cocoa Mix  yesterday before we trade it for iced raspberry tea when it warms up for good.

This recipe came from Bobbi, Brad’s step mom.  When I first met Bobbi, I was in awe of how much she knew.  Her travels around the world as a flight attendant brought wanderlust to my young heart.  She had been so many places, seen so many amazing things and met so many wonderful people – it was a stark contrast to my teen-wife and mom life in our small apartment.  And then there were Bobbi’s incredible meal planning and cooking abilities.  She and Brad’s dad ran a small ranch and one part that she played was to cook for both her little family of four, a ranch manager and several ranch hands.  I had no idea how she managed it, with two pre-schoolers, several dogs and cats, chickens and some random ducks to care for.  Not to mention that she lived so remotely that it was more than an hour to the nearest grocery store.

It is pretty obvious to anyone who meets Bobbi that she is a warm and engaging person.  Somehow, I think that her outgoing style probably increased when she used to fly.  She is always very interested in the people she meets.  This all made her big successes with cooking make more sense:  every where she went, Bobbi asked for recipes when she had a yummy food served to her.  She was famous for a Honey Mustard Secret Salad Dressing recipe that Brad would have her make in big batches, and then he would sell it at school.  (The FDA would have a fit over that today.)  The Pecan Caramel Corn that she handed out at Christmas was the best we have ever had!  And oh, I cannot overlook her Green-Stuff.  I am sure it had a proper name before our oldest son kept asking for “green stuff” when he was two.   No one left hungry or lacked for interesting food at Bobbi’s table.

And so it was no surprise that Bobbi had a really good, cost-saving recipe for Hot Cocoa Mix as well.  Through the years I have made hundreds of batches of it.  It has been given to my children’s teachers as thank you gifts, put into mason jars and handed out to Bible study groups and mostly been sipped on cold days by my family.  As I pass this recipe on to you, I hope you will not only enjoy its rich flavor, but will use it to bring a slowness to part of your day,   Perhaps you will invite a neighbor in for Hot Cocoa and conversation.  You may find yourself offering it to a grumpy family member at the holidays, just to brighten their mood.  And if you give it as gifts, you might just find yourself writing ‘Bobbi’s Legendary Hot Cocoa Mix’ on your labels.

Having seen God change her own life over and over, Kimberly is passionate about helping women live in the truth of God’s word.

View all posts by Kimberly Oaster → 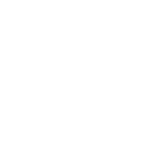 Free Gift - Learning how to Engage with Mentors & Mentees

Kim has special guides for engaging with mentors & mentees that she would love to give you! Please fill out the form below to receive access to them: